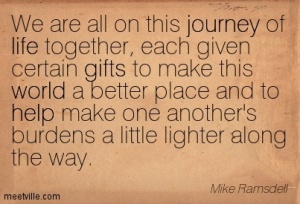 I most often write about stories I have heard or those I am involved in – heartwarming stories that defy all ‘norms’ and quiet definitely prove that there are still individuals out there who are willing to risk their own safety for the life of another.

This amazing story is about my friend, Merrick Bluett : I am particularly grateful and blessed not only to have the opportunity of sharing his story but to know this individual who carried out such an act of heroism. To be able to call him my friend, another hero to add to the list of amazing people I am fortunate enough to know.

It happened approximately three weeks ago whilst road tripping through this beautiful country of ours, South Africa. Whilst driving on the highway between Harrismith and home, Merrick did not know he was about to change the life of another individual and his own forever.

The road is as straight as an arrow as you drive past the tiny town of Warden and yet this stretch of tar has claimed many lives, I do not know the name of the individuals’ life who was saved from becoming one of these statistics – but in this story we will refer to him as “Lucky” as this is what he was.

After driving a huge truck possibly for hours on end Lucky’s eyes slowly closed in absolute exhaustion and in that instant the truck he was driving landed up in a river quickly drowning beneath the muddy water.

Luckily for Lucky at exactly the same time, on the opposite side of the road driving in the opposite direction, Merrick noticed two large trucks on the other side of the highway, As the trucks passed each other one of them  – a  large truck carrying a container-  veered towards the concrete barrier which separated it from the rushing, treacherous water meters below. Merrick watched in horror as the truck, carrying Lucky, hit the solid barrier and flipped over into the murky waters as though it was as light as a feather being dragged by the wind. 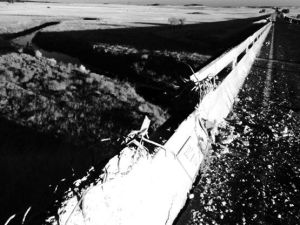 Merrick slammed on his brakes in anticipation of the debris and chaos that would ensue, as surely there would be further wreckage and pile-ups? instead all went still as people stopped their cars got out and along with a few pedestrians glanced over the side of the barrier. Merrick got out of his car and began running. Defying the selfish nature of most humans in society today, to watch and observe: he did what any individual with empathy and compassion would have  – he decided to save Lucky and in doing so risk his own life.

As he saw the truck slipping beneath the water, Merrick jumped over the side of the barrier and tried to make his way down a rocky, muddy and steep slope. He slid half way down but with adrenalin pumping through his veins, felt no pain or fear. This was a matter of life or death. Not his own but that of a stranger he was about to encounter. Jumping into the icy, turbulent and muddied water Merrick realised just how quickly the truck was sinking, and glancing down he knew that if he didn’t reach it in a matter of seconds he would not be able to help. Using every last nth of energy he had Merrick swam over and began to navigate his was towards the front on the truck. The low visibility of the water meant that he would have to feel his way towards Lucky. After identifying the thick metal cable which holds the front of the truck to its enormous trailer Merrick shouted out hoping against all odds that someone would respond. Lucky did. He waved his hands in the air, in shock and only able to speak in his native tongue, Lucky could barely explain that he was unable to swim or that sadly their was another passenger still trapped in the wreckage. 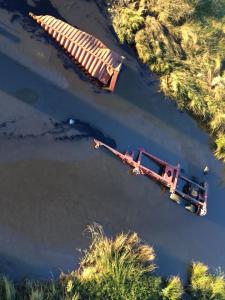 In times like these one has to face a tough choice. Save the life of one individual or tempt the hands of time and fate and attempt to save what is already gone. In this instance Merrick made that choice and it turned out to be the right one. He reached Lucky and even though he was by now exhausted managed to hold him up and get them both to the dry land and safety.

Paramedics had arrived on the scene, onlookers where still doing only that: looking on and yet only one individual came halfway down the rivers banks to ask if Merrick could identify the name of the company on the truck – does this in itself not indicate a loss of humanity in the human race? What would happen to you if in dire straights you did not have a “Merrick” on the scene to save your life. 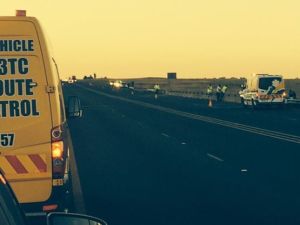 At the end of this traumatic day. Lucky survived the accident. The other passenger was killed on impact. Merrick made the choice and saved the life of a stranger turning a tragedy into one of the most heroic stories I have heard lately.

Discussing this over a coffee with Merrick was amazing. His response to my why? how? what ifs? was simple. He wanted to help and in his own way he hoped that this would show South Africans, tarnished by prejudice and hatred that we are a rainbow nation. We are one nation made up of individuals black, white, Indian or Chinese who should and can look at each other and see no differences. How we behave towards each other has a direct impact on our own lives.. as they say ” what goes around comes around” and at the end of the day we can only hope that our actions are good, our intentions are always honourable and our hearts pure enough that we attract the same virtues in others we are surrounded by.

Merrick has since been contacted by countless investigators wanting to know what happened for insurance purposes – money is by far the root of all evil when you consider they are most likely trying to get out of paying when an individuals life was lost. But on a happy note and although he it does not mean as much to him as saving Lucky, Merrick is to receive The Order of Mendi for Bravery from the South African Government – i believe he deserves it and  trust this story will get the recognition it deserves for the purposes Merrick wishes. 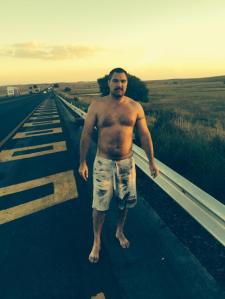 “I expect to pass through life but once.  If therefore, there be any kindness I can show, or any good thing I can do to any fellow being, let me do it now, and not defer or neglect it, as I shall not pass this way again. ” ~William Penn 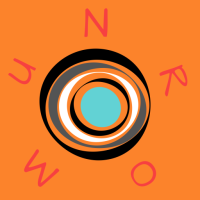